The Shocking Truth about Children Who Read Science Fiction

Science fiction has more benefits than you think. Here’s what the literature purists don’t want you to know about kids who read science fiction.

That might turn your perception of science fiction on its head. Popular culture has relegated readers of science fiction to the role of the geek. They’re socially awkward. They’re out of touch with reality. Most importantly, they have a poor understanding of real science and fail to succeed in humanities.

We’ve made two crucial arguments about people who have a love for science fiction. Firstly, we’d like to emphasize that the average science fiction reader is more socially aware and well-adjusted than others.  Finally, we’ll dive into how science fiction develops students who have strongholds in both STEM and humanities.

But before we get into all of that, let’s address why science fiction has such a bad reputation.

Why Does Science Fiction Have a Bad Reputation? 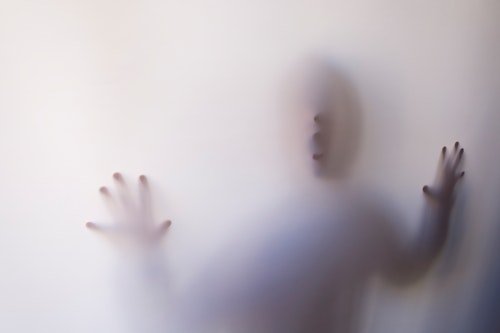 No, reading science fiction isn’t going to make your child mentally ill. That has more to do with your parenting skills. ?

While more recent studies have since disproven this 1954 case study, the association between science fiction and mental illness remains. We can owe that to Robert Lindner’s fame as an essential cultural commentator in the 50s.

Moreover, there have also been claims of science fiction making students stupid. This is because people who read science fiction appear to have lower reading comprehension. Other studies refute this claim. We’ll talk about this further soon.

Unfortunately, this endless debate about the value of science fiction continues to maintain its poor reputation. For the most part, the problem lies in the belief that science fiction fails to depict real human issues. Here’s why that’s wrong.

Also Read: 130 Best Books to Read With Your Kids During Quarantine

The Mirrored Realities in Science Fiction

Believe it or not, all writers write what they know. When we take away the glamour and pizzaz in the worlds of sci-fi/fantasy books, we’re left with something eerily similar to our world.

Reading science fiction or fantasy offers a unique experience. It depicts worlds with significant social and political issues but frames it against the extraordinary. However, the out-of-this-world characters and settings might be what makes it more valuable than other genres.

Seriously, take a close look at some of your favorite science fiction or fantasy books. Do the attacks against Muggleborns seem similar to the racism experienced by Black Americans?

Don’t click out of this blog in a fury just yet! Other genres have their merits, but unlike sci-fi/fantasy, they lack critical distance.

What is this critical distance? Sci-fi/fantasy allows us to reflect on how we treat the people around us, interact with technology, and deal with our environment. It does this all while maintaining a critical distance from the real world. In other words, while science fiction and fantasy books have a foundation of realism, it pretends to be an escape from reality through its extraordinary elements.

When you read science fiction, you will find yourself grappling with social, economic, and political issues similar to our own. However, due to the psychic and emotional distance, the oddity of sci-fi/fantasy provides, you will view these issues with new eyes.

The critical distance removes your personal biases and individual perspective. When children read science fiction and fantasy, they make sense of their world through the struggles of their fictional counterparts.

Moreover, as our world begins to look more and more dystopian, children consuming science fiction and fantasy media adapt the coping and survival strategies of their favorite fictional counterparts for their own needs.

We see these sentiments corroborated in the study, Human Culture and Science Fiction: A Review of the Literature. In this comprehensive review of science fiction research from the year 1980 to 2016, we can examine the conclusions made by several researchers throughout the years. Here’s an excerpt from the study explaining the role of science fiction:

There were two prominent applications of science fiction that became evident in the close examination of the publications reviewed. The first was the power of science fiction as a tool for scientific and social advocacy and cultural insight… The clearest statement of this position was made by Van Dijck:

“Science Fiction, throughout the centuries, has been a significant cultural tool for comprehending and evaluating the scientific, moral and social consequences of new technologies . . . besides projecting a possible future, science fiction often entails criticism of present technological or social arrangements,” (9).

In other words, studies spanning the last four decades all agree. Readers of science fiction and fantasy are more socially aware and well-adjusted to reality because of the unique lense to real-life issues sci-fi/fantasy novels provide.

Remember those studies that claim readers of science fiction read stupidly? That’s not the whole story. Our biases against science fiction as works of no value influence how thoughtfully we read it.

Yes, that’s right. If you think science fiction will not teach you anything of value, it won’t. What an interesting paradox, right?

That’s what professors Chris Gavaler and Dan Johnson of Washington and Lee University thought too in their paper, “The Genre Effect.” Here’s the premise of their study:

Our study uses a single, short text that we manipulate to produce isolated and controlled differences. The text is less than a thousand words and depicts a main character entering a public eating area and interacting with acquaintances including a server after his negative opinion of the community has been made public.

Both texts are identical except for setting-specific changes, such as “door” versus “airlock.” The researchers hypothesized that these identical versions should incite the same level of understanding of the feelings of the characters they read.

Let’s address the elephant in the room: 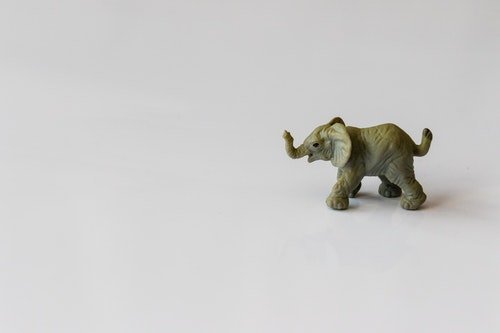 Hold your horses. I’m getting there. Ready for the facts?

However, those who read the science fiction version had lower reading comprehension scores than the readers of the narrative realism version. They spent more time trying to understand the setting than the characters. The researchers came to an exciting conclusion; due to their personal biases against science fiction, the readers made less of an effort to understand the story.

Okay, so we now know that reading science fiction doesn’t make you stupid, but does it make you smarter?

The long answer is a little more complicated. Teachers incorporate science fiction in many classrooms across the country. While the literary merits of science fiction and understanding the narratives is obvious, some studies have claimed that science fiction teaches readers inexact science.

You might say, of course, it teaches the wrong information, it’s fiction! You’d be surprised about how much scientific accuracy is maintained in science fiction. However, that would mean going beyond the book and trying to learn the real concepts in science.

That’s absolutely the point. Science fiction increases students’ interests in science, math, engineering, and technology. The drive to learn and understand the pure science to connect it with the innovations of the books helps students develop their skills in STEM. It also allows them room to improve their scientific literacy. This is why many schools incorporate science fiction into their curriculum to teach science.

When it comes to humanities, we explained in the article below about the relationship between the time spent reading per day and student achievement:

Related Read: The Magic of 15 Minutes: Elevate Your Child’s Chances of Success

Students who only read for 15 minutes or more a day saw surging gains in their reading scores. Students who read anywhere from 30 minutes to an hour saw the greatest gains.

So, what can we take away from this?

Read more on this here.

To be concise, students who read more have higher reading achievement. They do better in humanities in general. Do you see where we’re going with this?

According to this 2015 survey, science fiction readers read more books than the national average and continue to read avidly throughout their lives. The exact numbers are as follows:

Respondents prefer reading to other activities, with 85.1% reporting a preference for reading. Almost all (95.5%) stated that they are always reading something, with the average respondent reading five books per month and between one and two magazines. Most readers (87.3%) had started reading science fiction before the age of 15 years, and 76.5% read as much or more now as when they started.

Check out our Summer Reading Booklist for some good recommendations or ask your local librarian about their personal favorites (while practicing social distancing!). Reading good science fiction has numerous benefits, and we’re sure we’ve got you thoroughly convinced. Let us know about your or your child’s favorite science fiction/fantasy novels in the comments below.

At Talentnook, we are working towards ensuring that the love for learning does not stop. Take a break from and start learning something new and creative, like playing an instrument, painting, creative writing, and so much more! Attend the free trial lessons with Talentnook.