7 Reasons to Learn Spanish as Your Second Language

Google “reasons to learn Spanish” and you will be bombarded with a zillion facts and figures! Most websites contain a hoard of facts on why Spanish is most popular as the second language, how pervasive its usage is, and why US students have all the more reasons to learn it. It’s easy to drown in those heaps of facts and find no real answers. Ah, we feel you!

So, for a start, we too decided to sieve through only the most compelling and relevant, and this is what we found:

Clearly, Spanish has a huge speaker base and hence, is extremely useful to learn as a second language after English! The fact that more and more students are wanting to learn Spanish is also corroborated by the increasing numbers of queries for ‘Spanish tutors in the US’. Whether you are a middle or a high schooler, it is never too late or the wrong time to start learning Spanish.

Let’s dig a little deeper into the ringing question – ‘why learn Spanish’? Here are our top 7 reasons to recommend learning Spanish to every student:

1. Spanish is a GLOBAL language.

Spanish is spoken by 400 million people worldwide. It is also the official language of important international bodies like the UN (United Nations) and the EU (European Union). It is also the primary language of more than 20 countries. In the US alone, there are about 41 million native Spanish speakers (approx. 13% of the population)! So yes, it makes a whole lot of sense to learn Spanish, as knowing it would open a wide range of opportunities for you.

Think of the many new work opportunities that reading, writing, and speaking in Spanish can open up. Hispanic consumers are one of the fastest-growing consumer segments worldwide. So obviously, more and more companies will want to hire people who can understand their language and culture. Learning Spanish will also open doors for seeking career opportunities in countries like Costa Rica, Spain, Mexico, etc.

3. The US & Latin America connect has the Spanish language as the pivot.

The US is the largest trade partner of many Spanish-speaking countries, including Mexico, Nicaragua, El Salvador, Dominican Republic, Guatemala, Venezuela, Costa Rica, Ecuador, Colombia, Honduras, and Panama. The Hispanic population in the US is about 52 million and rising. Being able to connect with the Spanish-speaking people at work and interacting at a deeper level with the folks from neighboring Spanish-speaking countries comes as a natural advantage to those who learn Spanish.

4. Spanish is a fun & easy language to learn.

Spanish is a phonetic language – how you pronounce is how you spell, making it easy to learn and use. It is one of the most sought-after options for second language learners whose primary language is English. Many English speakers find it incredibly easy to grasp Spanish because of the same Latin word roots in both languages. For example, ‘perfect’ in English is ‘perfecto’ in Spanish! Easy enough? Well, but of course there is more to the language than suffixing ‘o’ to English words!

Also read: French or Spanish – Which Foreign Language Should You Learn?

5. It only gets better – the future of Spanish looks bright!

Almost 22 million people have already started learning Spanish in 2019. Spanish is definitely the language of the future. It will only have more speakers as more and more students are taking courses in the language. At least for the next three to four decades, we expect to see a steady rise in the overall number of Spanish speakers in the world. To learn Spanish, isn’t it a reason enough? What are you waiting for?

6. Learning Spanish will make your experiences broader and more enriching.

Spain itself is the second most visited country in the world. While you can travel places without knowing Spanish too, knowing the language will only deepen your experiences. Being able to grasp the local culture and understand the food and the history better, your travel experiences are bound to be more enriching. And, knowing the language, is the key! Not just Spain, but traveling to all Spanish-speaking countries would become a deal more enriching if you know the local language – Spanish! Another great reason to learn Spanish, ain’t it? 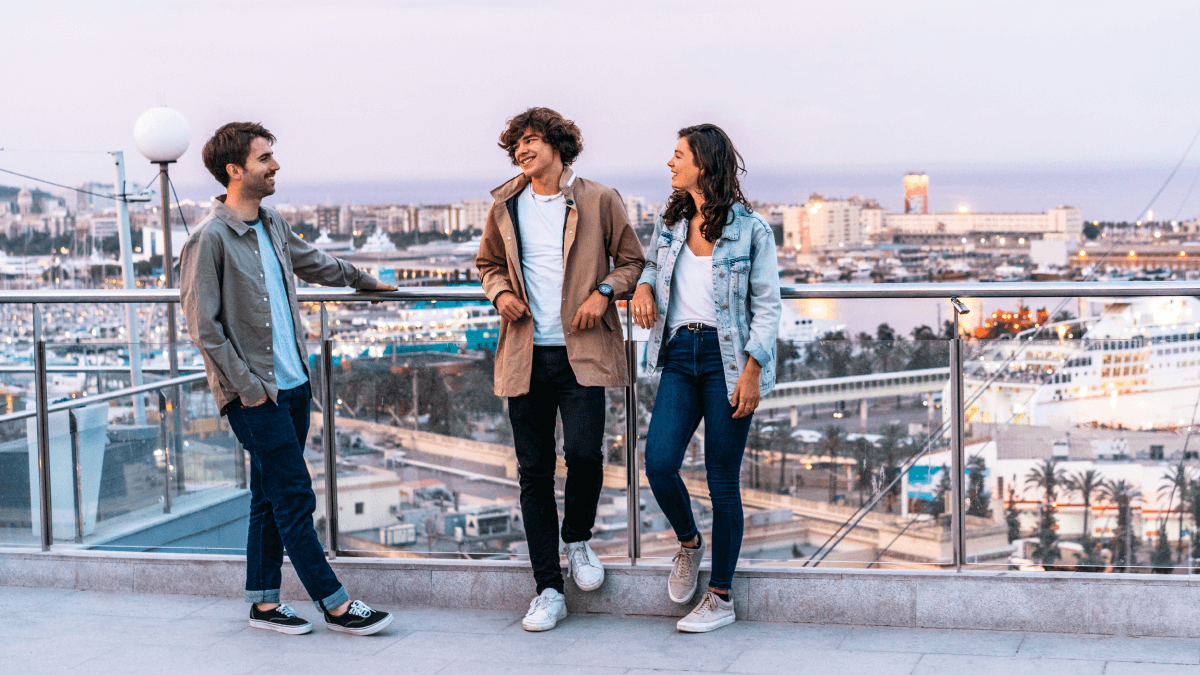 Bonus: learning Spanish will also let you enjoy movies and games in Spanish, thereby opening a whole new gamut of entertainment for you to consume and savor! Think how would it feel to watch Valeria and La Casa De Papel in Spanish and understand all of the dialogues and nuances?

Also, check out this list of top 20 Spanish movies of all time!

7. A secret advantage that very few know of!

Learning a foreign language (basically having a second language) has known benefits for memory and brain health in the long run. It can help new areas of your brain to develop and also increases the concentration power. According to knowablemagazine.org, “learning a language increases the volume and density of gray matter, the volume of white matter, and brain connectivity.”

Okay, so thrilled, but don’t know where to start? There are a gazillion free resources on the internet to get you a headstart. We particularly love the interactive language-learning format of apps like Duolingo and Babbel.

You can also check out the hundreds and thousands of YouTube videos as well. Many vloggers offer free language lessons in Spanish. There are a million ways to learn Spanish, and yet, most students give up after a first few attempts. Do you know why? Because it is difficult to stay motivated, search for the best-in-class material all by oneself, and maintain the learning discipline. We have a fix for all of that!

How exactly can a Spanish tutor help?

Getting a Spanish tutor can take your Spanish learning journey to the 5th gear in a fun way. A Spanish tutor will work a learning routine that is customized just for you. The pacing of the lessons, reviews, and application all becomes the Spanish tutor’s core job and all you have to do is – enjoy learning! Sounds like a plan? But here is another catch, finding the right Spanish tutor is the key.

Also Read: How to Find the Best Spanish Tutor for Your Child

Where to look for the right Spanish tutor?

Talentnook provides hundreds of tutors that specialize in disciplines ranging from math and piano to writing skills to French and Spanish! Visit Talentnook.com and connect with Spanish tutors in your neighborhood for afterschool lessons. Request free demo lessons, discuss expectations and your budget, browse through multiple profiles to find the best fit, and do much more!

You also get to choose from online and offline modes of learning and also between individual vs. group classes. The control rests completely with you as you embark on your Spanish learning journey with a professional Spanish tutor.

We hope this blog helped you get some direction with learning Spanish. If you still have any questions or second thoughts, we are always a call/ email away. Get in touch and we’ll help you achieve your learning goals! Happy learning to you.